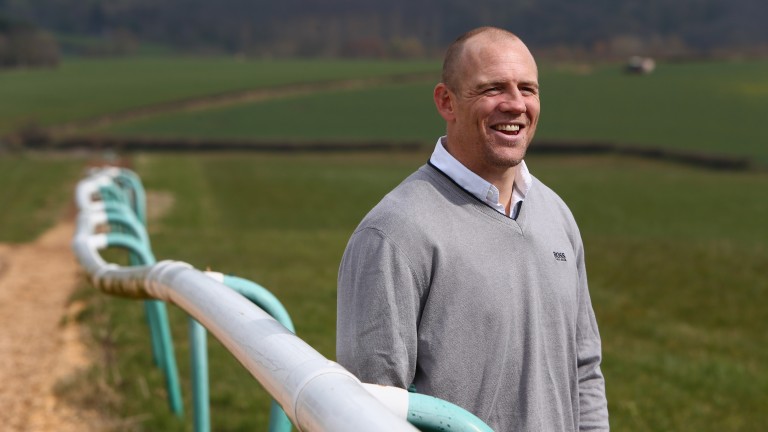 Mike Tindall and other investors involved in the Redwall Bloodstock pinhooking partnership were left delighted after the conclusion of Book 2 of the Magic Millions Gold Coast Yearling Sale on Sunday, when the fifth and final yearling to be offered by the syndicate returned another fine result.

“He was always a really nice, racy colt and I’ve just been talking to Anthony [Thompson, owner of consignor Widden Stud] and said today was the perfect day for him,” said Hannah Wall who, along with Qatar Racing racing manager David Redvers, set up Redwall Bloodstock back in 2009.

“We had a lot of success pinhooking foals to yearlings back home,” explained Wall. “But it’s got more and more competitive. I came to this sale a year ago when Harbour Watch had his first yearlings here and was just blown away by the energy, and it definitely felt like a sale moving forward.”

She also explained how the syndicate’s most recognisable member and his fellow former rugby player friend came to be involved in pinhooking Australian foals.

“Mike Tindall and James Simpson-Daniel had been asking about the syndicate at home but I thought why not keep things separate and set up one down here if Mike’s going to be here anyway," she said. "David [Redvers] came with me in May to the weanling sale and we bought seven.”

Tindall is, of course, married to Zara, the granddaughter of the Queen, and with the couple now both ambassadors of Magic Millions their appearance at the Gold Coast Yearling Sale sale is unlikely to be their last, particularly given the success Tindall has enjoyed with the Redwall Bloodstock partners.

The high point of the syndicate’s five-strong draft was undoubtedly the Written Tycoon colt who went through the ring during Thursday’s session. The colt, a typical model by his sire, had been picked up for A$140,000, a sum that was dwarfed by the A$650,000 (£400,169/€458,053) that James Harron parted with to secure him during the second session.

“The Written Tycoon was seriously exciting. The stallion has done phenomenally well and he was always a really smart horse so I was delighted with that,” said Wall, noting that when pinhooking foals it is best to keep a level head and not to get too carried away by the positive results.

“One thing I’ve learned with pinhooking is that it’s all about numbers. You’re always going to get a couple that don’t work out, that don’t develop physically or the stallions go cold or you have issues with; that’s inevitable. Having a couple that go and be flagbearers for you is really important though.”

The syndicate had expected their most expensive purchase, a Pierro filly who cost A$220,000, to be such a flagbearer for the group, but to their frustration the filly went unsold at A$180,000.

“It’s undecided what’s going to happen with her at the moment," said Wall. "We’ll consider racing her or syndicating a bit of her and racing her. We like her and she’s a nice filly so we’ll see where we’re at. When you’ve made good money out of two of them it takes the pressure off a little bit."

She added the Magic Millions experience was most definitely a positive one for her and those she made the journey with.

“It’s been a really good week," she said. "It’s been Sheikh Fahad’s first time down to this sale and he’s had a great time. Obviously he’s had lots of new experiences, riding on the beach and racing yesterday. Magic Millions and the whole team have been brilliant at welcoming us and making it a really special experience for him and David and I.”

Having enjoyed a spot of beginner’s luck with Monbeg Dude, the Welsh National winner who had been Tindall’s first - if unintended - thoroughbred purchase, history has repeated itself with his first venture into the world of pinhooking foals returning a tidy profit.

However, Wall said she was yet to be convinced that Tindall could be considered quite the lucky charm he may seem.

“Sadly the two big results have come when he hasn’t been here, and he was here when the Pierro filly wasn’t sold, so I’m starting to think we might have to tell him to stay away in future!” she joked.

“He’s been brilliant though, he’s really embraced it. I’m delighted for everyone involved. They’re a totally international group but they’re mainly friends that just wanted to support the idea and give it a go. The syndicate runs for three years so we’ll be back down in May to buy some more.”

They may say you make your own luck in life, but pinhooking is not for the superstitious nor the faint hearted, so Magic Millions is unlikely to be the last time that Wall, Tindall, and the other Redwall partners enjoy such a fruitful auction.

Dawn Approach-Gibraltar Moon filly
Bought for A$37,500
Sold for A$40,000 to Clarry Conners

Pierro-Lilakyn filly
Bought for A$220,000
Not sold