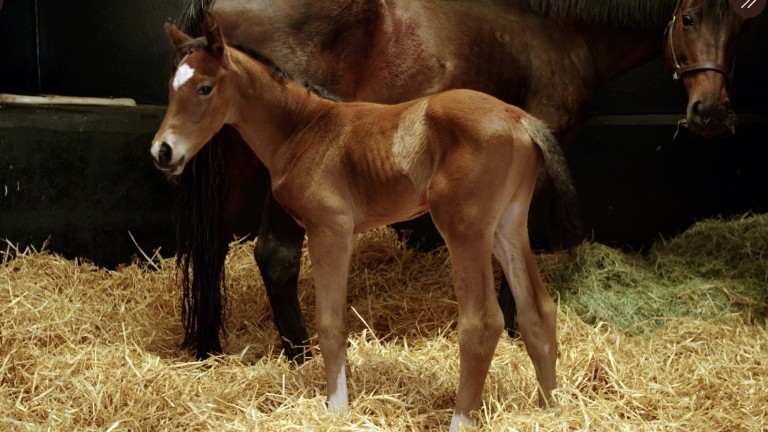 Undefeated Prix de l'Arc de Triomphe winner Zarkava has given birth to a colt by Siyouni, who appeared last Friday at Sheshoon Stud in Ireland.

In what was a matching of the Aga Khan's headline mare and stallion, the bay foal was described by his Irish stud manager Pat Downes as "an attractive, correct colt with plenty quality". Downes added: "He has a lot of presence."

He is the twelfth foal out of Zarkava, who landed five Group 1s in a brief but blistering career between 2007 and 2008.

The colt is a full brother to last year’s Listed winner Zaykava, while his dam has also produced stakes winner and Group 1-placed Zarkamiya and Zarak, the Grand Prix de Saint-Cloud winner who has his first two-year-olds this year from Haras de Bonneval.

Zarkava has a three-year-old colt by Sea The Stars named Zaskar in training with Alain de Royer Dupre, a two-year-old filly by Dubawi named Zarka and a yearling filly by Frankel. She will be visiting Lope De Vega this year.