Of those, 303 are National Hunt yearlings and 32 are broodmares 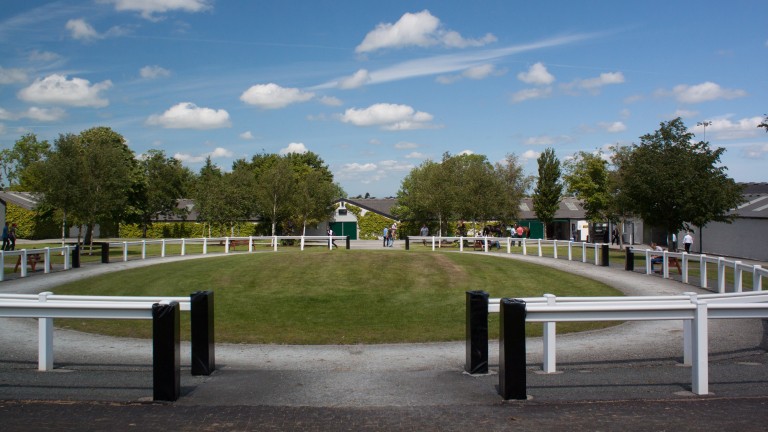 A catalogue of 350 lots has been compiled for the first Tattersalls Ireland sale of 2017.

The February National Hunt Sale will take place on Tuesday, January 31 and will start at 9.30am featuring a selection of older horses, two-year-olds, 303 National Hunt yearlings and 32 broodmares.

The sire of Sunday's Grade 1 Lawlor's Hotel Novice Hurdle winner Death Duty is represented as Limekiln Stud offer a Shantou colt yearling (Lot 54) out of the Listed-winning Laren, the dam of the Grade 2-placed L'Aigle Royal.

Baroda and Colbinstown Stud offer a Presenting yearling colt (64) out of the winning handicap chaser Madam Bovary, who is by Old Vic and out of the Listed chase scorer Saraemma.

Another Presenting yearling colt (230) to go under the hammer will be offered by Yellowford Stud, out of Ballycloven Oscar who is a sister to Grade 1-winning chaser Felix Yonger.

Death Duty capitalised on the fall of Augusta Kate, Yeats' second highest earner over jumps, and the son of Sadler's Wells will be represented by a colt yearling (237) from Blackwater Stud.

He is a half-brother to Riverside City who won the Troytown Chase at Navan, and out of Blazing Sky, a dual winner of the Listed Mares Hurdle at Punchestown.

Ballincurrig House Stud consign a draft of 11 yearlings, headed by a Fame And Glory yearling colt (258) who is a half-brother to the Grade 2 Fortria Chase scorer Arctic Skipper.