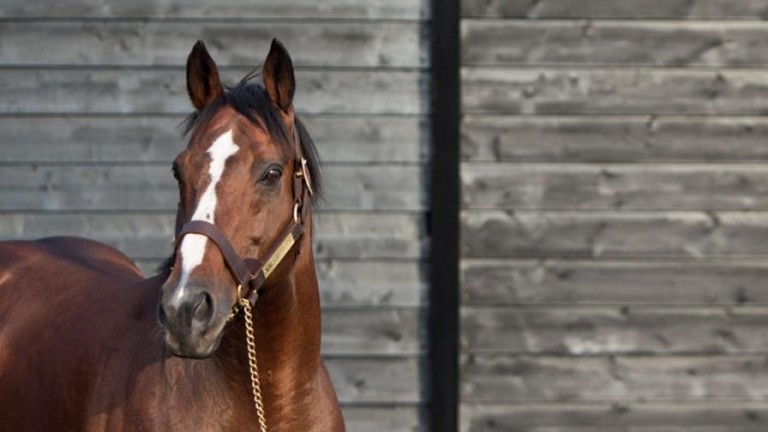 King's Best – winner of the 2,000 Guineas at the start of the millennium and sire of Derby hero Workforce – has been euthanised at Darley in Japan following complications due to colic.

"He was very athletic and had a great outlook," recalled Gordon-Watson. "He was all class and had a very classy pedigree, it's the ultimate family, although he came along right at the beginning of it.

"I'd actually seen him ten days before the sale at Haras d'Etreham. I basically got very lucky as I thought Sheikh Maktoum was meant to own him, but there was a mix up and Saeed Suhail ended up with him and the rest is history."

Gordon-Watson continued: "For sheer brilliance, he'd be right up there among the best I've ever bought. He came from almost last when he won the Guineas, he swept past Giant's Causeway as if he was standing still, it was stunning, sensational.

"He was quite quirky, but he was very well trained by Sir Michael Stoute, and Kieran Fallon was the making of him."

Winner of the Acomb Stakes at two, King's Best won his Classic in dominant fashion, landing the Guineas by three and a half lengths from Giant's Causeway, who died almost a year ago to the day. 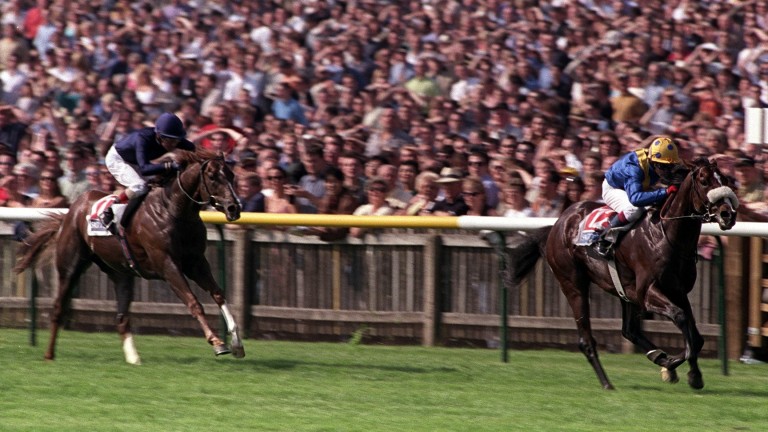 King's Best storms clear of Giant's Causeway in the 2000 2,000 Guineas
Edward Whitaker
Injury in the Irish Derby next time out meant King's Best was not seen on a racecourse again, and he began his stud career at Kildangan Stud in Ireland. He went on to stand across the globe, siring a string of talents in a variety of locations before arriving at Darley Japan in 2013.

Harry Sweeney, president of Darley Japan, said: "King's Best was a great servant to Darley, standing in Argentina, Australia, France, Ireland and Japan, where he was pensioned earlier this year. He will be missed by everyone here at Darley in Japan."

King's Best went on to sire eight Group 1 winners, including Workforce, whose seven-length demolition of the Derby field was the fastest recorded at the time. Workforce went on to win the Prix de l'Arc de Triomphe later that year. 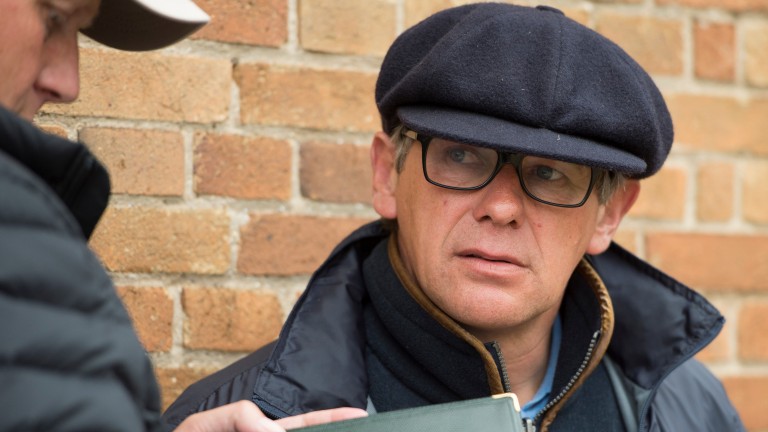 Charlie Gordon-Watson: bought King's Best as a yearling
Edward Whitaker
King's Best was also responsible for another Derby winner in Eishin Flash, who landed the Tenno Sho in Japan in 2010.

He was also sire of star milers Creachadoir and Proclamation, both winners at the highest level, and four of his daughters have gone on to produce top-flight winners including Breeders' Cup winner Queen's Trust and Ervedya, who landed the French Guineas, Coronation Stakes and Prix du Moulin.

Bred by M3 Elevage from the Lombard mare Allegretta, King's Best was supremely well bred, as a half-brother to Urban Sea, who has proved herself the most influential broodmare of the modern era, having produced the all-conquering Galileo and his brilliant half-brother Sea The Stars.

The daughter of Miswaki also landed the Prix de l'Arc de Triomphe during her own racing career.

A sire of greats, but not a great sire

King's Best was not a great sire, but he did leave several great racehorses.

Derby and Arc hero Workforce was the best of those, but Proclamation showed a brief flash of brilliance when he defeated Soviet Song in the Sussex Stakes and Eishin Flash claimed the scalps of superstars such as Fenomeno, Rose Kingdom and Victoire Pisa when he landed two of Japan's most prestigious races, the Tokyo Yushun (Japanese Derby) and Tenno Sho (Autumn).

It is also true to say the impeccably bred stallion – a son of Kingmambo, himself by Mr Prospector out of Miesque, and Allegretta, whose daughter Urban Sea would achieve immortality – was a great servant to Darley, standing in five different countries in his 18 years at stud.

But all in all, King's Best's eight Group/Grade 1-winning progeny and no credible Flat stallion sons in Europe are overshadowed by the achievements of the horse he vanquished in the 2,000 Guineas, Giant's Causeway. A truly great stallion, he has 33 top-level winners to his name, along with multiple US sire championships and a strongly rooted sire-line in Europe through King's Best's old Kildangan Stud colleague Shamardal.

FIRST PUBLISHED 10:49AM, APR 16 2019
King's Best was a great servant to Darley, standing in Argentina, Australia, France, Ireland and Japan, where he was pensioned earlier this year