?1 million juvenile race introduced by Goffs for Orby graduates in 2022 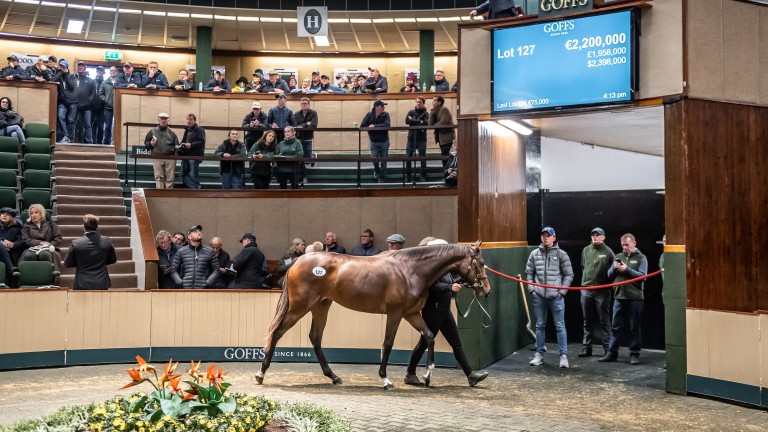 A €1 million two-year-old race exclusive to Goffs Orby graduates will take place in September 2022 at the Curragh.

With prize-money under pressure, news of what will be Europe's most valuable prize for juveniles comes as a welcome boost, as will the €100,000 bonus for any winner of the Goffs Million who goes on to land a Group 1 as a three-year-old in Ireland, Britain, France, the US or Australia.

Australia boasts the world's most lucrative two-year-old contest, the long-established Golden Slipper, currently worth the equivalent of around €2.25m, but in Europe seven-figure prizes for juveniles have been more sporadic.

Goffs was behind the most recent such races, but the Goffs Million concept was discontinued in 2010, having launched in 2006.

Its revival will come on September 24 next year, on the eve of the Orby Sale, with prize-money down to tenth place in the race over seven furlongs.

Goffs group chief executive Henry Beeby said: “Only the Goffs Orby Sale will give you the opportunity to win Europe’s richest two-year-old race next year, and we're excited to be offering this unique chance to buyers.

"As shown at the weekend by the likes of Mother Earth and Lucky Vega in the 1,000 and 2,000 Guineas, Orby yearlings perform at the highest level on the global stage and this race will act as the perfect stepping stone for the best. 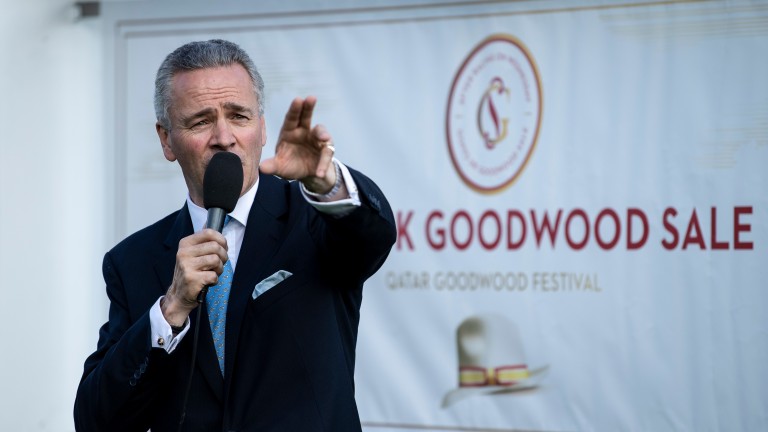 "Similar concepts have proved defining in the past and we're unashamedly reconfiguring the Million initiative for today’s marketplace and will offer a select two-day Orby Sale at Kildare Paddocks this autumn.

"As one noted breeder told me when I discussed the idea with him, this means everyone will come to Goffs to make sure they've a chance of winning such a big prize, especially as prize-money will extend to tenth place."

He added: “We recognise the Orby Sale in particular, and Irish sales in general, need a lift after the challenges created by the global pandemic, but the end is in sight with the vaccination programme and we look forward to welcoming a global audience back to Kildare Paddocks, and continuing the momentum of the sale that was very evident up to 2019, when Orby was consistently returning six-figure averages and seven-figure top prices year on year."

Pat Keogh, chief executive of the Curragh, said: “We're delighted to be a part of this ambitious and innovative initiative by Goffs to stage an exciting new race that will give a major boost to attracting new owners to the sport, together with providing the platform to attract a significant audience to the racecourse, and also delivering major global media coverage for what will be a major highlight of our autumn festival next year.

"We appreciate the continued support of the Curragh by Goffs, which also includes their long-standing sponsorship of the Group 1 Goffs Vincent O’Brien National Stakes."

Whilst the prize fund details are still being finalised, the race will carry a minimum €1m guaranteed by Goffs, who will make a minimum sponsorship contribution.

As is customary with such races, the entry fees will accumulate and it will cost one per cent of the prize fund to run. Full details will be carried in the Orby catalogue.

FIRST PUBLISHED 2:09PM, MAY 4 2021
Orby yearlings perform at the highest level on the global stage and this race will act as the perfect stepping stone for the best